Also Comes With The Complete Base Game! 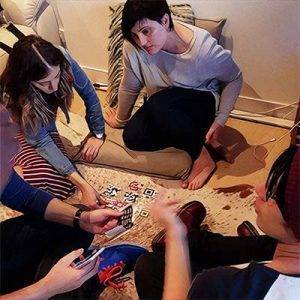 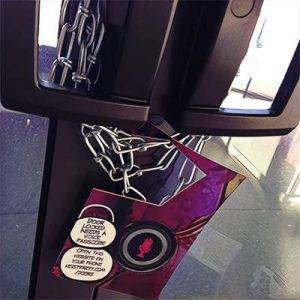 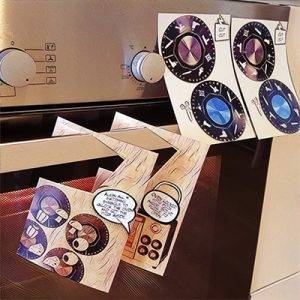 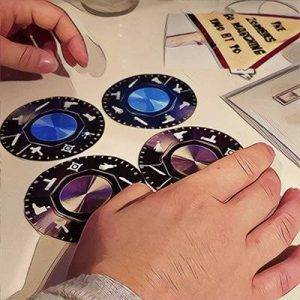 Over 50 super stylish puzzle cards that include everything you need to create your 1st DIY escape room party.

Zombie Survival Guide with step by step instructions on setting the escape game up.

The kit comes with 8 posters that can be printed at home (on A4 paper) or any size up to A1 at an office store.

There's even a Victory poster for that ever important selfie at the end!

The complete Builders Toolkit comes bundled with the game so you can customize it to your liking. It's in PowerPoint format so you can easily make as many changes as you like.

If the escape kit isn't what you were expecting just drop me a line and I'll send you a complete refund.

If you get stuck setting up the game, making changes to the template, or have a question before you download just send me an email.

Every Puzzle Has Been Hand Crafted To Look Amazing And Print Perfectly As Standard 4x6 Photos.

You can print these at most office stores for about $5 (like you'd print photos of your family). Alternatively, just use your own home printer.

Some of the printable cards can be easily swapped with real life props (like a NERF gun or combination lock). These are listed in the Survival Guide and are an optional way to bring the game to life.

How to setup the Escape Room Z party kit

Setting up the party kit Is Super Easy (30 Mins).

You can hide the puzzles (like a traditional escape room) or just leave them in plain sight for simpler setup.

Either way there's no spoilers so you can still play the escape game yourself.

This is a great way to get into designing your 1st escape room since a lot of the grunt work's been done for you.

For example, adding real life combination padlocks or customizing the game for a friends birthday or corporate team building day.

How to edit the Heist Party escape room kits

Get the party kit

How the DIY escape game works:

This game kit allows you to recreate the escape room experience for friends, family, and workmates. You'll be solving ciphers, hacking lateral thinking puzzles, and working together to beat the game before Zombies break down the door and eat your Christmas Turkey.

Why running an escape room at home is fun:

Upon starting the game I gave each group their box and immediately they had to figure out how to open it. I did give them the clue that upon waking up in the apartment they found a note scrawled on a piece of paper that read Roses are Red, Violets are Blue, A is 1 and B is 2. I did not draw their attention to the mirror. This first puzzle took about 10 minutes before groups started figuring out that HID was the combination. This was a fun little starting puzzle to get to the real puzzles ????

The case add-on was a lot of fun and was interesting to see which groups made opening their cases the priority as opposed to some groups who initially spent a lot of time inspecting the other items in the room. You could use really any three digit word on the mirror, at first I was going to use DIE with combo 485, but I thought HID was more curious and drew more attention that it might be more significant than just a message. Writing on the mirror just made sense since they needed it to view the backwards blood message too, and it was just good creepy decoration ????

What made me laugh was the phrase Obey Your Hunger has come to be an inside joke for the students who went on the retreat, they think that is hilarious!

The Party Was A Great Success. The Kids Solved The Room And Had A Roaring Good Time!

The Escape Room Z kit will take 30-60 minutes to set up and can be printed multiple times to scale to any group size (I've had a group of 130 people at a conference run one of the Heist Party kits).

When running the game:

How It's Different From Going To A Business:

Awesome escape room design is about activating all the senses - including music!

Here's 2 playlists to set the scene for your DIY escape game. The 1st is a handpicked mix of chill, house, and old-school all about the groaning dead. The 2nd is the super moody soundtrack from The Last of Us and adds that awesome low-level dread we all love about zombie folk law.

On game night just plug in your phone, hit play, and you're good to go.

Awesome! I'll get back to you.

Unless I'm stuck in an escape room hoping desperately that the Game Master's not finished work for the day...