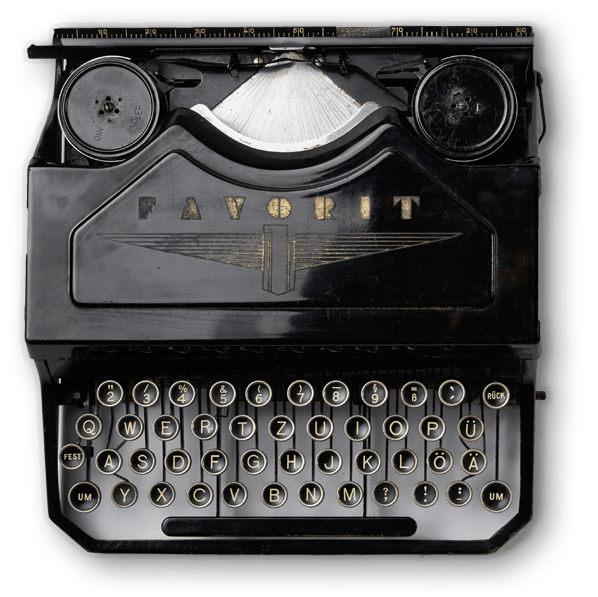 Craft mystique into your DIY escape room with one of these clever ciphers. They're hand-picked for being the perfect balance of challenge & fun.

Rule-based ciphers are generally the best for escape rooms.

They're creative, easy to design, and are unique so players get the maximum 'we solved it' feeling. Try one of these ciphers, pulled straight from the ancient scrolls of wisdom: 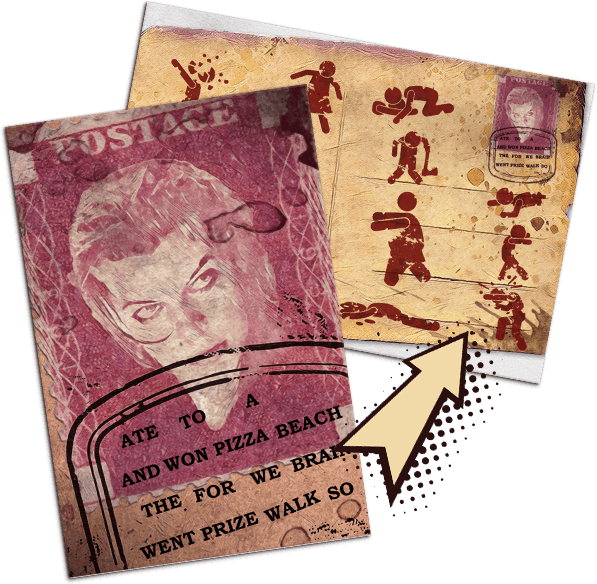 This 'mess it all up' cipher is from the Escape Room Z game kit and requires 3 separate clues to sort.

The 'Mess it all up' Cipher

These are the best ciphers for escape rooms.

They're fun to solve, avoid frustration, easy to make, and anyone can do them without prior knowledge.

To make one, jumble a sentence like in the stamp pic. Then leave players a clue for how to unscramble it. In this example, the stamp connects to a postcard with a field of zombies in the same configuration as the words, which in turn connects to another card that shows the sequence. (this one's part of the Escape Room Z printable kit).

You can leave any clue that shows a sequence: 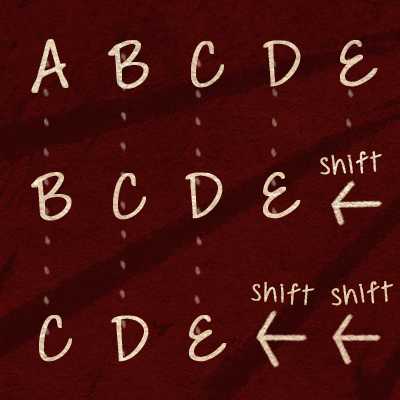 Caeser Ciphers are one of the easiest ciphers to make and are really engaging in an escape party. Start by writing out the alphabet A-Z. Next write it out again underneath but shift the start to another letter like J. The amount that you move the second set of characters is called the shift or key.

Here's an example that encodes Escape Party into ciphertext using shift 2. You can make it yourself using pen and paper or this tool.

Once you've got your message it's dead easy to slip it into your escape room. Simply put both the ciphertext and shift in plain sight. This works great because both are meaningless until combined.

Take it to the next level by using something else to represent the shift like:

Whatever you choose you've probably worked out that players could easily 'go orc' on this thing and just brute force hack a Caesar cipher using trial and error. That's totally ok as it's still a challenge! It simply means that you probably want to create something harder for the Master Challenge in your escape room like a Vigenere cipher.

This puzzle from our Frost kit is perfect for kids 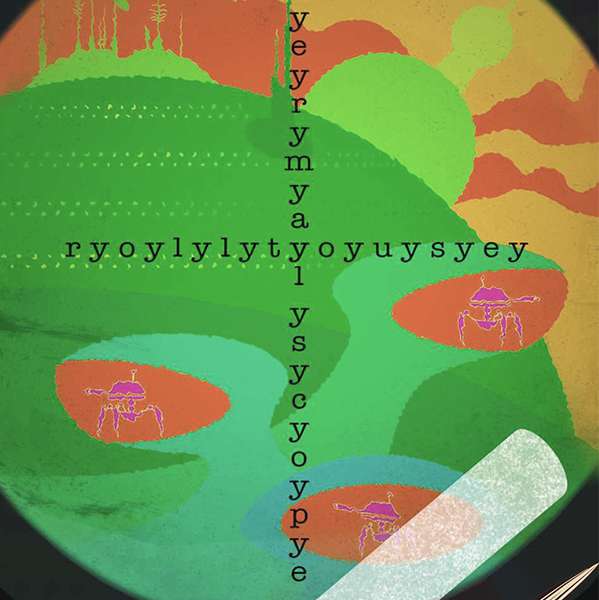 This kit is for casual players so the cipher needed to be nice and simple.

These are fun to make and thrilling to solve, which makes them perfect as a warm-up puzzle in your escape room.

You find a rule to follow and apply it to your text. For example:
There are endless combinations which allow you to include several in the one escape room game. For example, use an easy version for one of the 1st puzzles and a harder, but similar, one towards the end. This gives players a sense of learning and progression which are major parts of what makes solving puzzles fun.

You're very familiar with this type of cipher. It's the classic A=1, B=2, C=3 code you did at school. Or a book code where a sequence of numbers corresponds to the words on a page.

But, you can make something much cooler than that.

After all, this is your 1st escape room and it's going to be stylish. Try one of these instead: 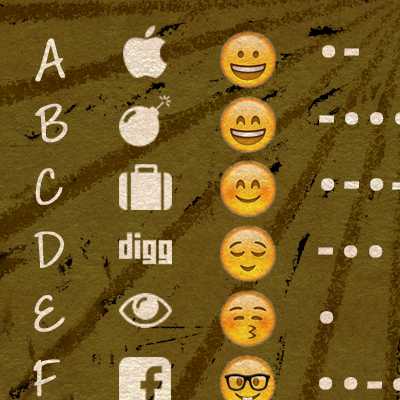 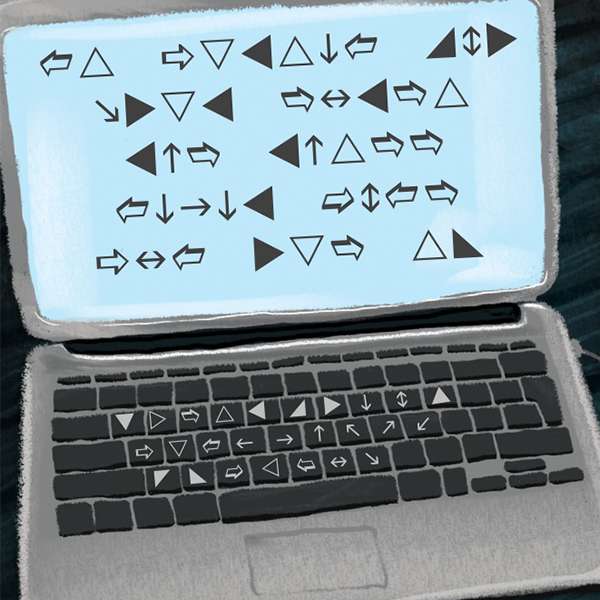 An alternate version is utilizing a known sequence, like this modified keyboard. 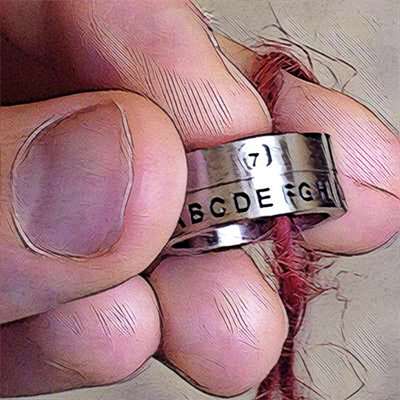 The Caesar Cipher is simple to make and decode in an escape room. However, it limits creativity because the algorithmic approach always produces a sequence of numbers.

A more interesting option is to do a straight character for character, or word for word, swap. Effectively you're making a whole alphabet.

Try one of these on for size: 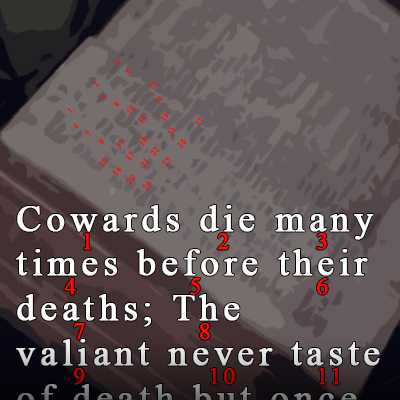 Book codes are caked in so much old-school awesomeness they're practically moldy! The resulting ciphertext just looks like a random miss-match of numbers and without the original text is unbreakable! All you have to do is replace each word in your message with the number that corresponds to that position in your book.

How To Make Your Own Book Code: 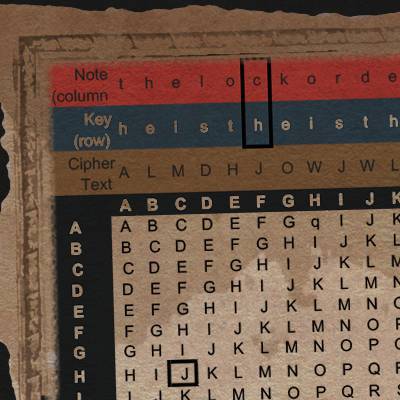 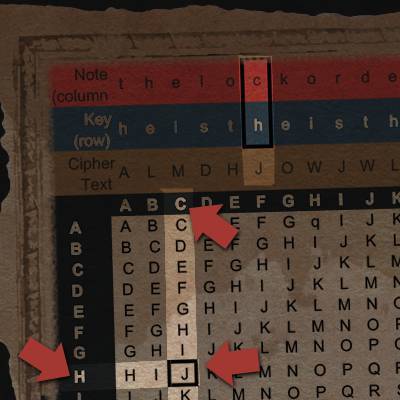 So you'll need lots of hints

This code's a perfectly boss-level puzzle for the Master Challenge in your escape room. It's not easy to understand, but your crew will never forget cracking it.

We're going to use a grid of 26 different Caesar Ciphers and look up XY coordinates on that grid to encode our text. It's kind of like playing that board game Battleships where you destroy your opponents ships by guessing X and Y coordinates.

How To Encode Your Message:
How To Design It Into Your Escape Room Game:

Since this is a mega hard code, you'll need to give players some solid clues for how to solve it. After all, it's an escape game not international espionage!
This cipher's no walk in the park but makes for a riveting super-challenge for an experienced Heist Crew!

These are only solvable if players look at the problem the right way.

If they do, they get an amazing 'aha' moment.

If not, they'll get nothing (ok, if you're a nice game master, maybe they'll get a hint).

For example, each misspelled word in a paragraph might combine to form a message. Alternatively, swap 2 characters in particular words. 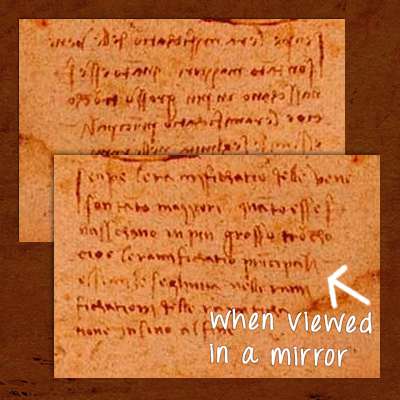 Use a mirror to reverse and read

This one's super simple but a lot of fun. Write your message backwards using the Reverse feature of this tool.

It's not a particularly hard puzzle to solve so unless your escape game is for young kids don't leave any hints that the players need to use a mirror.

As a side note: building a mirror into your escape room is also a really good way to discover any vampires that may be hiding in your party (because, let's face it, throwing garlic at people isn't socially acceptable!).

Haven't found something you love? Just grab whichever one of these printable escape room kits you like the feel of the most.

They download instantly and are ready to print & party.

You can even edit the game, using PowerPoint, to add your own style and puzzles.

Mysterious Egyptian adventure that brings the past back to life!
View Game

Enchanting quest with an infusion of fun, friendship, and teamwork.
View Game 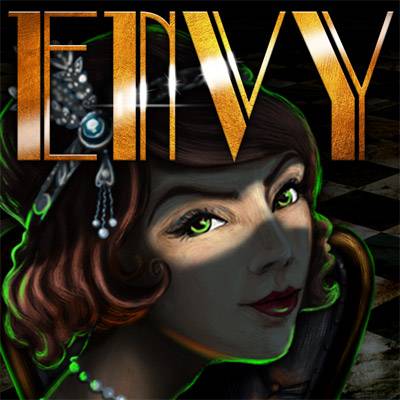 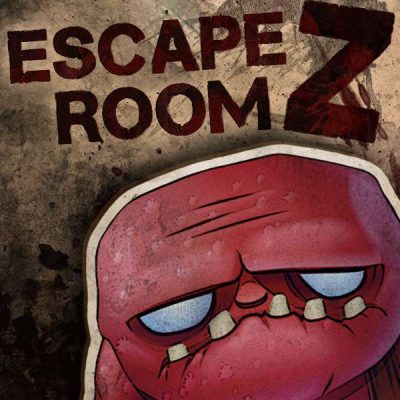 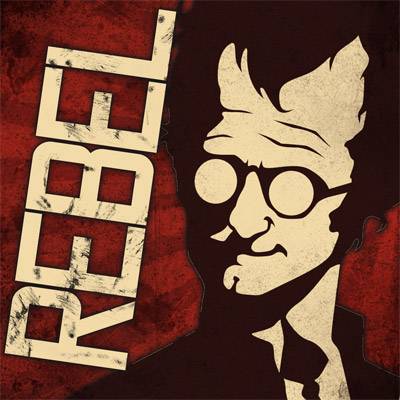 Treasonous mission that takes you on a daring adventure
View Game

Click the escape box below that suits you best and get ready to become the fun champ!
KIDS Box
BIG Box
VIP Box