It comes with every puzzling artifact you'll need and can be setup in less than 20 minutes. Get ready for an adventure! 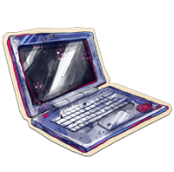 What Is The Lost Mummy Play-At-Home Escape Room Kit?

The Lost Mummy Escape room Kit is a ready-to-play entertainment pack that transforms your living room or classroom into a DIY escape room.

It's all the fun of an adults escape room but crafted to engage 10-13-year-old kids with puzzles they can engage with and a storyline that will ignite their imagination.

In this world, your kids will race in teams of 2-4 to unlock the mysteries of the mummies tomb and hopefully escape in time. You can have any number of teams by simply printing out the game once per team, and if your students are playing at home they can print in safety.

Will your kids escape?

Your Kids Will Love The Theme

As an explorer, you've always dreamed of adventuring through  Egypt. It’s where your great grandfather, Howard Carter, discovered the remains of the ancient pharaoh Tutankhamen.
But he had a secret.
Something he never told anyone other than you.
He believed there was another tomb connected to the first. A hidden tomb. A Lost Mummy.
That's what you've spent years preparing for, and now it's your chance to find it! While the boat ride to Egypt took forever, you've finally set foot on dusty sand ready to unearth this mystery.

Here's Why It's The Play-at-Home Experience Of The Year

Saves you time. It's all done for you.

The ready to play game comes with everything you need to have your party entertainment set up in less than 30 mins.

The entire DIY escape game kit costs less than one ticket to an escape room. That means everyone can play!

More Fun Than Their Phones.

Phones are yesterday's fun. What your kids want is something engaging that lights up their imagination.

Bonuses You Get Inside Your $29 Escape Room Kit

Equip your little adventurers with our printable photo booth prop pack, included with this kit.

These printable props instantly supercharge the atmosphere. Who doesn't want to feel like a daring explorer, tomb-raider and hero?

They also make for unforgettable (and maybe even, sort of silly?) memories, as you and your kids pose proudly, ready to embark on your biggest adventure yet!

Theming your room is easy with a stack of Egyptian themed party posters and invites. Check out what this mum did!

You'll never get stuck with the super-simple Setup Guide and friendly customer support every step of the way.

The themed Spotify playlist will have your kids feeling like they’re starring in their own Indiana Jones sequel (but an actually good sequel!)

Plus - get a FREE bonus game!

We've bundled in a bonus modification to the game made by a clever adventurer (thanks Kristy!).

This 'Extended Story Mod' transforms The Lost Mummy into an epic narrative-style adventure. Try it out!

You'll Also Get These Free Perks

If you don’t love your DIY escape kit we'll send you a full refund. No questions asked!

There's A Person
Here to Help

After all, that's how things should be. Just drop us a question via email or Facebook.

Since you just print what you need, there's no wasted packaging or postage. Go you!

You, Or Your Kids, Can Even Edit The Game!

Before printing, you can jump into our 'click and drag' Game Editor and customize anything you like. This gives you the chance to make your own escape room while skipping the grunt work.

For example, you can add some real-life combination locks or edit a birthday date into one of the puzzles. Check out how easy it is to modify the game.

If you're a teacher you can even set a team assignment where your students edit the game after playing it. Then they can send it to their other classmates to play together. This is the perfect stay-at-home classroom activity. Check out more in our Lost Mummy Classroom Kit.

And, You're Paying It Forward:

It's a tough time around the world right now, so 20% of the profit from your purchase will be donated to help kids and communities escape poverty. Woohoo!

This is an amazing conversation starter for your kids around their global impact.

With 4.8/5 stars on Facebook review we love to thrill. Check out what other players think in the Reviews Hall of Fame.

A complete kit with everything you need to host your own escape room challenge. All the grunt work has been done for you!

Totally risk-free with a 100% money back guarantee.